Providing Creative Operations and Marketing Technology Professionals resources for getting the most out of their production workflows.

Louis Monaghan, Jr. has been a Senior Systems Engineer since 2011. He began his professional career in the commercial print industry as a prepress professional. During his time in prepress, he was able to combine his love of print with a passion for computing and began automating manual processes to increase productivity. His knowledge of technology evolved alongside a growing industry, and Lou quickly became an expert in automating creative workflows. At IO Integration, Lou helps educate clients, allowing them to unlock the full potential of their software solutions, creating speed and efficiency wherever he goes.

Pants Required! What the Global Pandemic Has Taught Us So Far

By now, few of us haven't seen or shared a video of unfortunate souls attending a video meeting while only appropriately attired from the waist up. Bearing those horrifically embarrassing and forever cached on the internet moments in mind, I'm going to start this blog with the conclusion. The number one rule for working during a pandemic is Pants Are Required.  Regardless of the humorous nature of those moments, and while we haven't completed this particular journey, I think we can reflect on the lessons we've learned so far.

Fear Of The New: Change Management And Adopting New Technology

I have recently spent much time researching information on Tesla's new Cybertruck (yes, yes, I pre-ordered one, I'm that kind of guy.) The initial reaction to Tesla's latest offering was mostly negative but became more positive over time, as Matt Ferrell pointed out in his Undecided blog. Matt’s points made me think of how many times when introducing new systems I’ve encountered opposition to solutions I felt should be a slam dunk sell to the end-users. As integrators, we are, quite literally, in the business of change, and resistance to the optimizations of both workflow and introduction of automation is a natural part of that business. For the horror genre fans in the crowd, H.P. Lovecraft famously stated that "The oldest and strongest emotion of mankind is fear, and the oldest and strongest kind of fear is fear of the unknown." 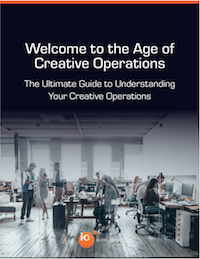 Stay up to date on all of the latest developments in technology and learn industry best practices for creative operations. When you subscribe you will also receive a free copy of our Ebook: Welcome to the Age of Creative Operations.

One of the central concepts of many eastern philosophies is that two contradictory forces are always in balance. The part of this concept that is most striking to me is that balance is not a single point, where each opposing force is offset by the other at a neutral fifty-fifty ratio. Instead, it is the concept that at any point, the two forces create a whole regardless of the strength of one force relative to the other. The Chinese yin-yang symbol is perhaps the most well-known and poignant visual example of this concept.

The Evolving World Of Creative Operations

One of my favorite sayings is, “The only constant is change.” Even those things in our lives that seem permanent, like a mountain range on the horizon, inexorably change on geological time scales. Business processes often seem like those mountains, unchanging, constant, and implacable. Yet, successful businesses operate on processes that are more like a river carving its way through a mountain valley, their courses evolving to flow along the most successful path.

The Paralysis of Possibility – Setting Parameters When Implementing Technology

Intuitive, simple to use devices and software are everywhere in our life. Perhaps you get up in the morning, and the first thing you do is grab your smartphone, or your home assistant may read you today's weather and news headlines while you stop in the kitchen for your morning coffee.  Great user interfaces and experiences (UI's/UX's) are like the mullet of the technological world, smooth presentation and ease of use in the front, but many-layered complexity and chaos in the back.

As industries grow, so do the plethora of acronyms used to speed conversations. Acronyms allow us to condense complex ideas into just a few short letters. The initiated can have discussions of broader concepts much more efficiently. Acronyms empower us to focus on the essence of the conversation without requiring consideration of the specific details represented by the acronyms in use. The unfortunate side-effect of compressing broader concepts into acronyms is that, to those not familiar with the terms, the conversations can seem like a whole new and incomprehensible language.